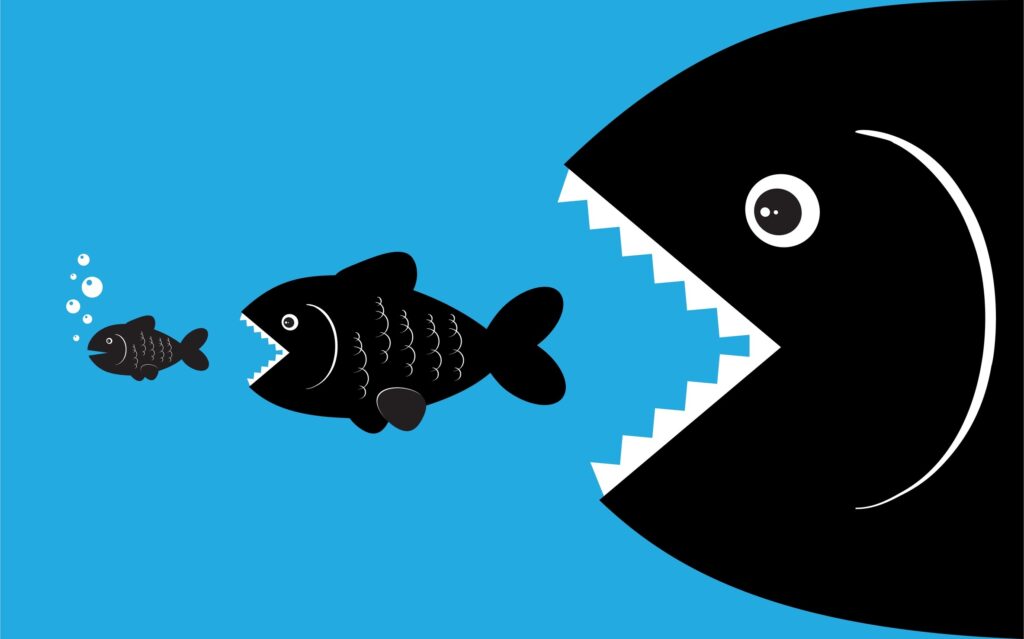 Return with us now to those thrilling days of yesteryear when…

…publishers were privately owned and committed to finding and nurturing new talent.

…the days when aspiring writers could submit unsolicited manuscripts by tossing them through the open transom above a publisher’s office door and get both a reading and a response.

…the days when publishers often signed writers expecting to lose money on their first two or three books but so believing in their talent that they were willing to take the loss until the reading public discovered them and their work.

…the days when an established writer could recommend an unknown writer to his or her publisher and the publisher actually followed the recommendation as Max Perkins and Scribners did when Scott Fitzgerald brought them a nobody named Ernest Hemingway.

…the days when Alfred Knopf personally edited the manuscripts of Ross Macdonald and his wife Blanch Knopf conceived the jacket photo of the author, outfitting him in a trench coat and posing him to resemble his hero, Lew Archer.

…the days when the redoubtable Perkins would patiently carve away at the mountainous manuscripts Tom Wolfe submitted, hoping to find a shape somewhere inside them.

Those were the days, my friends. We thought they’d never end…but end, they did.

The same thing that happened to the movies.

Some of you may remember that poster popular in the sixties:  a small fish swimming along, blissfully unaware of the larger fish behind it, its sharply toothed mouth wide open and ready to swallow the first fish whole, followed by another still bigger fish with an even bigger mouth, and another and another and another.

Not long after Gulf and Western swallowed up Adolph Zukor’s Paramount Pictures, Mel Brooks made a classic comedy for Paramount called SILENT MOVIE.  The villain of the piece?  Chairman of the board of a corporation called Engulf and Devour.

The mega-corporations engulfed and devoured the studios, and the movies have never been the same.  They went from a creative business of risk to the bottom line business of playing it safe, a business in which the marketing folks dictate every move.

And that, my friends, is what has happened to the publishing business as well.  The big-mouthed, sharp-toothed fish have been so busy devouring one another that there are now only five major publishers left in the world, five publishers who control eighty percent of the market.

Oh, it was big.  It had several divisions.  But it was also personal.  It was Bennett Cerf’s baby, the private domain of an individual known to just about everybody.

UPDATE! UPDATE! Penguin-Random House is now in the process of buying Simon & Schuster! There will henceforth be only four major publishers left in this world of ours.

Everything is bottom line.

No more taking chances on unknown writers in the hope that they will eventually win a profitable audience.

No marketing dollars wasted on anything but sure things—in other words, established writers with loyal audiences, the bigger the better.

No, spend your time and money on the tried and the true.

On cookbooks, the hottest genre in publishing.

On thrillers with female protagonists, thrillers written by female writers because, after all, the reading audience today is primarily female.

What does all of this mean to unpublished writers hoping to see their work in print?

The odds against you, which have always been high, are higher than ever—almost insurmountable.

Many of the best agencies, which you really must have to represent you—it’s a waste of time to go directly to the publishers, will not accept unsolicited queries and manuscripts.

Those that do accept what we used to call over-the-transom submissions are likely to take three months to read and respond.  In many cases, the response is no response at all.  Nothing but silence.  They warn you that if you haven’t heard anything after three months, you can assume that your book, quote, “does not meet our needs at this time.”

Patience is clearly a virtue in a writer aspiring to publication today.

Now, if you get really lucky, you may find an established writer to recommend you to his or her agent or publisher.

I myself have been lucky along those lines.  When I finished Someone To Watch Over Me—a hardboiled detective story set in forties Hollywood, it received an amazing reception from the handful of published writers I’m privileged to know.  One compared it favorably to Raymond Chandler and Ross Macdonald and told me it would win an Edgar.  Another put it in a class with Michael Connelly and James Elroy.  But the best (and most sincere) compliment of all was this: “I hate you, you son of a bitch, and I intend to steal shamelessly from you.”

All of them recommended me to their agents.  Now, these were people you’d think would have clout in the publishing world:  one is a New York Times best-selling author with over twenty books to his credit; another wrote one of the best reviewed books of 2015; another…well, you get the picture.

The first agent to whom I was recommended gave me the usual response:  none at all.  The second got back to me within two months and rejected my work in two sentences.  The third, however, was a very different story:  he got back to me in a week and devoted an entire paragraph, a complimentary paragraph, to his rejection.

Now, every once in a while, an agency and subsequently, a publisher will recognize talent.  The author of THE HELP was rejected by 50 agents before finally finding acceptance.

Once you achieve that goal—once you find representation and a contract for publication, there remain a few challenges.

First among them is getting your editor’s notes.  Let me put it this way.  One of my most successful writer friends reports that it took two and one half years from the signing of his contract to the actual publication of his book.

In short, at every stage of this difficult game, you must be prepared to hurry up and wait.

And if you are indeed lucky enough to make it through to actual publication of your work, further challenges await you.

The biggest is marketing.  The average marketing budget for books published today is less than $2,000.  In other words, next to nothing.  Try hiring a publicist or placing a series of ads in influential publications for $2,000.  Good luck!

The simple fact of the matter is that the traditional publishers save the lion’s share of their marketing budgets for their most successful clients, the ones who, of course, need it the least.  It’s another way that today’s corporate publishers have found to play it safe.

Now, let’s say you’re one of the very lucky ones.  You get an agent.  You get a publisher.  You survive the editing process.  They put your book out there with a bit of a marketing budget.  You manage to get a few good reviews.

And of course, you get rich.

My NY Times best-selling friend tells aspiring writers they must have a day job, that writing for the vast majority of published writers will never be more than a hobby, that the average professional writer today makes less than $5,000/year.

And those, dear writers, are the realities of the marketplace today.

There are, of course, alternatives.

One is the bevy of small, specialty publication houses.  If your work falls into their category of interest, you may indeed get your work out there, though your audience is likely to be very limited, especially since these houses often have virtually no marketing resources.

This is the course of action I eventually chose for Someone to Watch Over Me—a small house specializing in books by and about Hollywood types like me, a house that markets its entire catalogue rather than any one individual title.

Another alternative is self-publication.

Self-publication used to be a shameful confession of failure.  Today, however, it’s perfectly acceptable, and in fact, some self-published books like THE MARTIAN have been picked up by traditional publishers and enjoyed great success with the public.  But they are the great exceptions.  And again, the huge problem is marketing.  A substantial marketing campaign is, quite simply, beyond the financial grasp of the average self-published writer.

That is the greatest challenge of all.  Unless you are very, very lucky (or very, very rich), your book will not receive the sort of push it needs to get any real attention in the marketplace.  That is the reality behind a statistic I once stumbled upon—that the average book today sells fewer than 200 copies.

I’m sure, at this point, most of you are thinking to yourselves, “My god, this Bronson is a real drag.  A terrible naysayer.  All he’s offering is discouragement.”

To that, I say, no, what I’m offering you is reality, and if that discourages you, you really shouldn’t be writing.

The great reward in writing is not in the dollars it may bring you.  The great reward is in the doing of it, in the exploration of the worlds of your books, in the joy of getting to know your characters and in the sorrow of having to say goodbye to them when you finish, the sadness of the realization that their world will never again be as vivid to you as it was while you were creating it and that you will never again know your characters as intimately as you did while you struggled to get them to talk to you and share their lives with you.

Of course, every writer wants his or her work read, read by as many people as possible.  For most of us, the number of readers will be limited, and the income our work brings us will be limited as well, but the joy it can bring is limitless.

There is agony—the agony of trying to discover your characters and their stories, but there is also ecstasy in the time you’re privileged to spend with them.